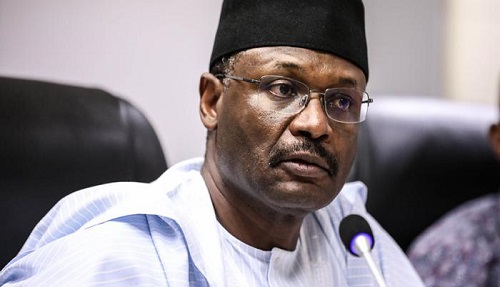 A far-reaching electoral reform proposal has been prepared by the Independent National Electoral Commission (INEC) to guide future elections, beginning from 2023.

The proposal is an upgrade on the 24-point amendment submitted to the Eighth National Assembly which they failed to consider because of the crisis of confidence between the lawmakers and the Executive.

Top on the list of new proposals which INEC will likely submit to the National Assembly at the end of this month for consideration and passage, is the reduction in the number of political parties, greater room for INEC to control collation and returning officers, using number of accredited voters to determine outcome of polls – this, will eliminate inconclusive elections, among others.

The amendments were arrived at during the multi-stakeholders review session on the 2019 elections.

Investigation showed that INEC is concerned about the uncontrolled number of mainly weak and non-existent political parties and candidates on the ballot paper which has led to economic waste.

A source, who spoke in confidence, said Prof. Mahmood Yakubu and his team had been working round the clock on how to sanitize the electoral system.

The fears of INEC border on the attitude of politicians who have always frustrated ideas put forward to prevent rigging.

The source said: “By our plans, all the 24 items submitted to the eighth National Assembly are still very relevant. We will add recommendations that came from the multi-stakeholders review session.

“We want to submit our reform proposals to the National Assembly before the end of the month.”

Asked to give insights into some of the proposals, the source added: “We want the National Assembly to take a look at the legislation which says INEC has no control over collation and returning officers once the voting is over.

“You can imagine the situation where INEC has no control over the people it recruited to conduct elections. We believe they should not completely have a free hand.”

The source also explained that “INEC wants the law amended in a way that the outcome of an election will be determined by the number of accredited voters and not that of registered voters.

“The reforms of INEC seek to review the  Margin of Lead Principle. We want it more clearly defined. “At present, Section 32(e) of INEC guidelines  provides that ‘Where the margin of lead between the two leading candidates in an election is NOT in excess of the total number of voters registered in Polling Units where elections are not held or voided in line with sections 26 and 53 of the Electoral Act, the returning officer shall decline to make a return until polls have taken place in the affected Polling Units and the results collated into the relevant forms for Declaration and Return. This is the Margin of Lead Principle and shall apply wherever necessary in making returns of all elections to which these Regulations and Guidelines apply.

Another reliable source in INEC said the commission would “preferred stiffer measures to regulate nomination of candidates by political parties.

“If we have our way, any nomination not signed by the chairman and the secretary of party should not be accepted.

“There should be an end to the court forcing candidates on INEC outside the party’s guidelines or internal mechanism.”

The source added: “INEC has agreed to retain Smart Card Reader, our reforms will not affect that.”

Speaking with our correspondent last night, a National Commissioner of INEC, Dr. Mustapha Lecky, confirmed that the electoral agency was “determined to effect far-reaching reforms for future polls.”

Lecky, who is also the Chairman, Planning, Monitoring and Strategy Committee of INEC, said: “We have multiplicity of parties. In fact, they are far too many and it is not economically sustainable using this to conduct elections.

He said INEC will prefer a legislation to set time limit for election petitions.

“All over, the sentiments are that the courts have taken over the conduct of elections from INEC. The court cases and pronouncements delay our processes.

“At the last hour, the courts will decide and we will re-print ballot papers. I think we want to see how the lawmakers can put a time limit to pre-election matters.

“As a nation, we need to shorten duration of pre-election cases. A time limit will be useful.”