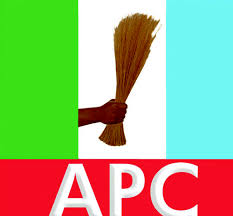 A stalwart of the All Progressives Congress (APC) in Bayelsa State, Chief Gift Ebiki, at the weekend urged other aspirants that participated in the just-concluded governorship primaries in the state to forego their grievances in the interest of the party.

Ebiki, who spoke in Yenagoa, said in every contest a winner must emerge and called on leading aspirants to support the winner of the primaries conducted in Bayelsa, Chief David Lyon.

Some frontline aspirants such as a former Minister of State for Agriculture, Senator Heineken Lokpobiri and a founding member of the party, Preye Aganaba, complained that the primaries that produced Lyon were fraught with irregularities.

But Ebiki insisted that the process that led to the emergence of Lyon was free, fair, transparent and credible and appealed to persons not happy with the internal poll to put the party first ahead of their grievances by considering the overall objective of winning the state.

Ebiki commended APC members in the state for electing an oil magnate and businessman, Lyon, to fly the flag of the APC in the November 16 governorship election.

He said thousands of APC members trooped out to line up behind Lyon in an orderly and peaceful manner describing the direct primaries in Bayesa as credible and transparent.

Thanking the people for their belief in the candidature of Lyon, Ebiki assured them that the APC candidate symbolised prosperity, development and job creation.

He congratulated Lyon for emerging as the preferred candidate of the APC saying he deserved the ticket having demonstrated love for the people, loyalty, commitment and strong character in business and politics.

Ebiki further commended the electoral committee headed by the Governor of Yobe State, Mai-Mala Buni, for conducting what he described as the fairest and most transparent primaries in the state.

He appealed to other aspirants to concede defeat, congratulate the winner and work collectively with the party to win Bayelsa in the forthcoming poll.

Ebiki noted that Lyon was prepared for governance having demonstrated capacity in his private business and his love for Bayelsa especially the downtrodden.

He said: “Though there is no perfect system, the primary election that threw up Chief David Lyon as the candidate of the APC in Bayelsa State met all requirements and guidelines of the party and the Independent National Electoral Commission (INEC).

“It was a direct primary. We all travelled to our wards to vote. I was in my ward too.

“Voting was done through Option A4 and at the end Chief David Lyon was declared the winner by the committee. It is pertinent to state that the internal affair has come and gone.

“All the aspirants should show love to the party by uniting to support the winner because our general interest is to win and bring development to Bayelsa.

“We need to work together to ensure that our candidate win the election in Bayelsa. No matter how genuine you think your grievances are, pursuing them now will be at the detriment of the APC and not the candidate”.