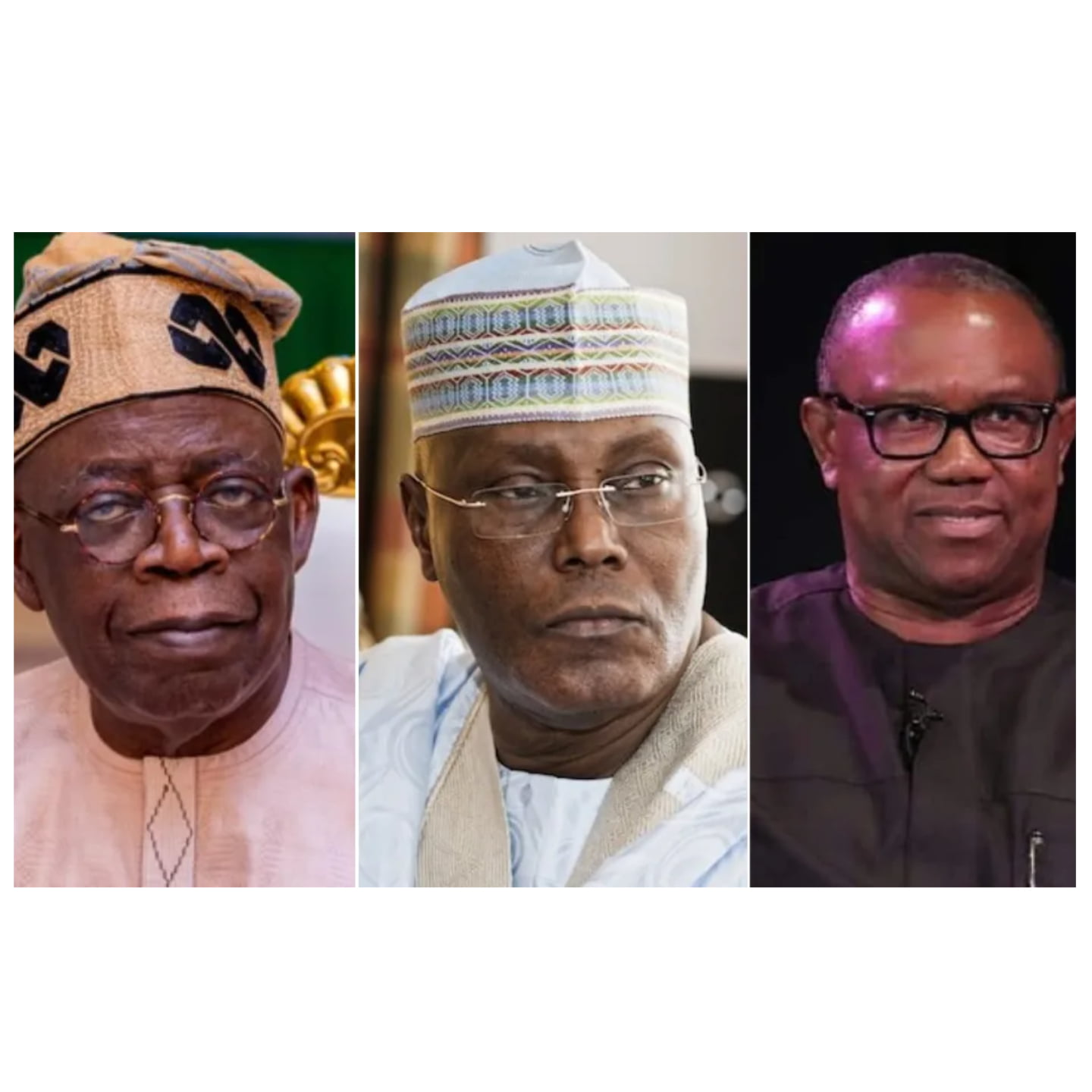 As part of the requirements for the conduct of 2023 general elections, the Independent National Electoral Commission, INEC, has listed the Peoples Democratic Party (PDP)’s Atiku Abubakar; All Progressives Congress (APC)’s Bola Tinubu, Peter Obi of the Labour Party (LP), and others as presidential candidates for next year’s poll.

This was disclosed in a circular released by the electoral body on Tuesday.

Also included in the circular are the candidates’ state of origin, age, and other details.

It also listed their running mates as well as their qualifications.

Recall that INEC had promised to publish the parties’ political candidates for the 2023 general elections within the week.