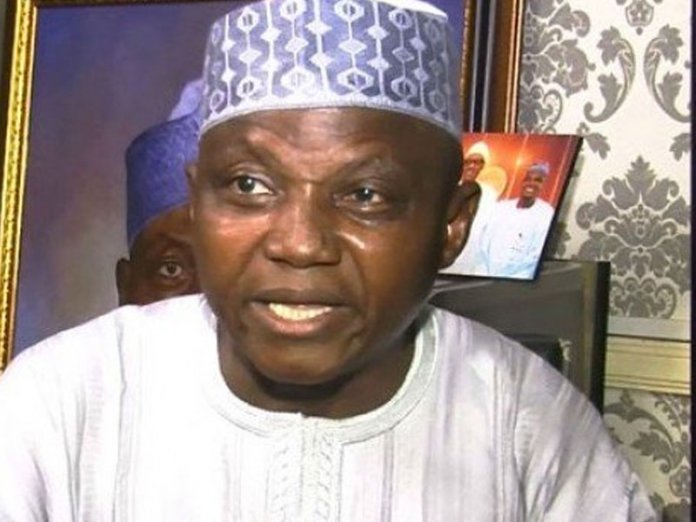 The presidency yesterday expressed dismay over a media report which claimed that Nigeria had continued to export electricity to some neighbouring countries despite being owed a whopping sum of $81.48 billion.

The report had claimed that Nigeria in the face of persistent blackout, has continued to export electricity on credit to three West African countries – Niger, Benin Republic and Togo.

Describing the report as falsehood, Senior Special Assistant to the President on Media and Publicity, Malam Garba Shehu, in a statement issued yesterday, said whereas the total cost of power generated within the stated timeframe claimed by the report was only $4 billion, the medium opted to make an unfounded claim of the export of whopping $81.4 billion on credit.

The presidential aide who said the medium let down Nigerians who looked up to it with a sense of trust, confidence and reliability, advised the medium to cross-check its information on power with the Transmission Company of Nigeria (TCN) next time.

He explained that whereas the total amount owed by the three countries during the last review of their debts was only $69 million, the affected countries later made some payments which he said reduced the debts down to an equivalent of N1.2 billion, a figure so distant from the claim of over $81 billion.

He further explained that Nigeria opted to supply power to the neighbouring countries on the basis of multilateral energy sales agreement with the federal government of Nigeria as a measure to prevent these countries from building dams on the waters that feed Nigeria’s major power plants in Kainji, Shiroro and Jebba.

According to him, the move to forestall building dams on River Niger by these countries was also a move aimed at forestalling the development in Nile River among Ethiopia, Sudan and Egypt.

The statement read: “It is most disappointing that sensationalism has dominated the thinking and ethos of institutions that citizens look up to with trust, confidence and reliability.

“Apart from the fact that the figure quoted is far from accurate, out-dated and therefore not reflective of the current reality, the overall cost of power generated and sold by Nigeria in the period covered by report is not anywhere close to what was mentioned by the paper.

“Power exported to Niger, Benin and Togo based on Multilateral Energy Sales Agreement with the Government of Nigeria is on the basis that they would not dam the waters that feed our major power plants in Kainji, Shiroro and Jebba.

“As of the last review in 2019, the amount of indebtedness to all three customers stood at $69 million, subsequent upon which several payments were made to NBET. Much of this has been repaid by the debtor nations. As of today, Niger owes only $16 million and Benin, $4 million, adding up to the Naira equivalent of about N1.2billion.

“The essence of said bilateral agreements, by which we give them power and they do not build dams on the River Niger means that Nigeria and her brotherly neighbours had avoided the unfolding situation of the Nile River between the sovereign states of Ethiopia, Sudan and Egypt.

“In the future, we advise the newspaper to seek clarity from the market operator which is the Transmission Company of Nigeria, TCN. This process of fact checking only improves your standing in the public arena.”