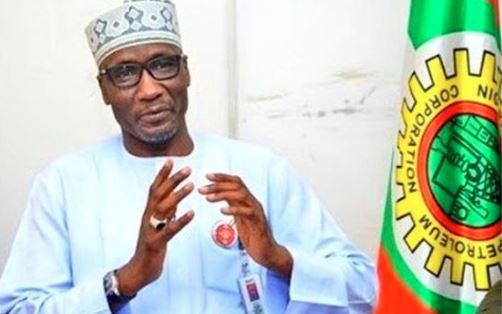 It said the publications and television commentaries replicate the content of a letter to NNPC on behalf of SAMANO SA DE CV by its solicitors.

NNPC, in a statement by Afe Babalola & Co, said the reports were not true.

The Corporation said SAMANO first contacted Federal Government officials in 2015 indicating that it had been approached by an unnamed group in China to buy 48 million barrels of crude oil “stolen” from Nigeria.

NNPC said SAMANO requested that it be allowed to purchase the stolen crude after its recovery by the Federal Government.

The Corporation said shortly thereafter, SAMANO indicated that it was no longer interested in buying the stolen crude as it only obliged the Federal Government with the information to assist the administration’s fight against corruption.

“The Federal Government and NNPC receive hundreds of spurious claims of this nature daily, and they always turn out to be false.

“NNPC also believed that based on the operations and state of the international crude oil market in 2015, it was impossible to ship 48 million barrels of crude oil from Nigeria to China without any record or trace of same,” the law firm said in a statement.

NPPC said: “It was and remains simply impossible for one-month crude oil production for the entire country to disappear without any record or trace from the shores of the country.

“NNPC was also aware that as at the material time and because China is one of the most regulated economies in the world, the export of crude oil from Nigeria to China was exclusively undertaken by four known companies approved by, under the control, ownership, and management of the Chinese Government.

“It would, therefore, have been impossible to transport 48 million barrels of crude oil from Nigeria to China without the active involvement of the said companies.

“Again, from an economic perspective, it made little sense that anyone would store that volume of crude oil in China for such a considerable period having regard to the attendant significant storage costs.

“It is noteworthy that the Chinese government had, through its officials, stated emphatically in response to this allegation at different for a, including the United Nations General Assembly, that there was no stolen Nigerian crude oil stored in any port or terminal or storage facility in China.”

The Corporate said despite these reservations and in line with the administration’s anti-graft agenda, the Federal Government set up the Presidential Committee on Recovery of Stolen Nigerian Crude Oil in response to the claims.

“The said Presidential Committee requested that SAMANO furnish it with evidence in proof of its allegations to enable it to investigate and verify its claim.

“Still, SAMANO refused, neglected or failed to provide the Committee with any cogent and verifiable evidence in support of its allegations.

“Notwithstanding the failure of SAMANO to produce verifiable evidence in support of its allegations, for completeness, relevant officials were mandated to pay an in-person visit to China and further investigate SAMANO’s claim.

“It was also discovered that all the documents previously presented by SAMANO in support of its claims were not genuine. A report of this finding was issued by the Committee to Mr President,” the statement reads in part.