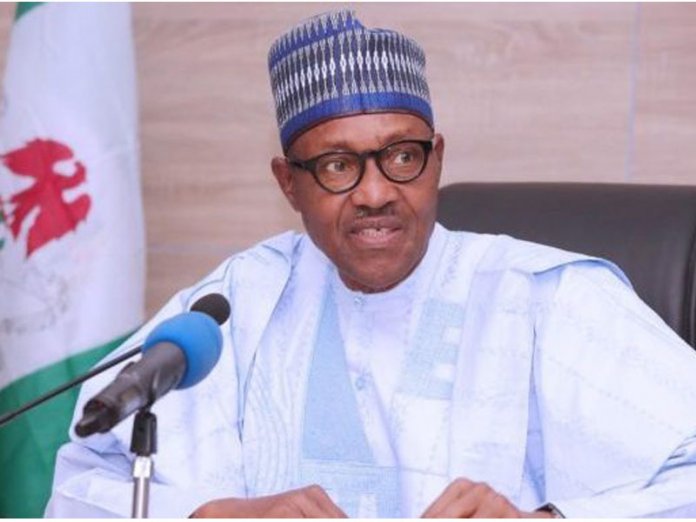 President Muhammadu Buhari wednesday expressed optimism about the imminent defeat of Boko Haram and other terrorist groups in the country, saying his administration has intensified collaborations with the international community to curb the spread of terrorism and crush insurgency.

He also charged the military to re-examine strategies towards defeating one of the terror groups in Nigeria, the Islamic States for West African Province (ISWAP), whose terrorists, along with their comrades in Boko Haram, have turned the North-east into a dangerous zone.

The president, at the opening of the 10th National Security Seminar organised by the Alumni Association of the National Defence College (AANDEC) in Abuja, said new threats in the areas of insurgency and terrorism had emerged due mainly to the defeat of ISIS.

Minister of Defence, Major General Bashir Magashi (rtd), represented the president at the seminar with the theme: ‘Combating Insecurity in Nigeria,’ which was organised in collaboration with the Office of the National Security Adviser (ONSA) and the NDC.

Buhari said: “Looking back over the period since assumption of office, it is worthy of note that there have been positive and significant improvements in all sectors of our national life. However, new threats in the areas of insurgency and terrorism have emerged due mainly to the defeat of the Islamic State in Syria (ISIS) whose fighters have relocated to other countries and regions.

“This is a major concern to us, as their presence in the West Africa Sahel region poses great danger not only to Nigeria but the entire region. Thus we are exploring higher level of collaboration among all nations and international organisations to effectively curtail the spread of terrorism and defeat insurgency and terrorism.

“The criminal elements using kidnapping and other criminal activities as a way to get rich quick should either stop such acts forthwith or face the full weight of the law as security agencies have a renewed mandate to deal with such acts of criminality.’’

He added that his administration would continue to prioritise security and described the seminar as necessary, especially at a time when the government was making efforts to ensure attainment of sustainable peace in the country.

He explained that AANDEC’s collaboration with ONSA, NDC and other security agencies presented the type of desired collaborative efforts towards addressing major security issues and challenges facing the country.

According to him, it is expected that at the end of the seminar, participants will come up with some recommendations to assist the nation to defeat terrorism and other security challenges.

“As we all know, security should be the concern of everyone hence we must all cooperate and work collaboratively to address security issues from all perspectives, be it physical or human.

“The nexus between physical and human security makes it necessary for all Ministries, Departments and Agencies (MDAs) to be highly productive.
“State and local governments should also view workers’ welfare with utmost priority while all security agencies in particular must deal appropriately with extremist tendencies that are capable of affecting peace and development of the nation, according to the law.

“The National Security Strategy 2019 is very clear on these and we shall implement every aspect of it.’’

Buhari also said due to the economic recovery efforts of his administration within the last five years, Nigeria is on the path of steady growth while the economic recovery and growth plan 2020 which provided guidance for all the sectors will be replaced with another as it expires with vision 2020.
On border closure, the president stated that government had to temporarily close land borders with a view to taking a closer look at how to address the challenges of smuggling and illegal movement of weapons.

He added that the border issue would be properly examined in collaboration with Nigeria’s neighbours to put in place acceptable measures to prevent illegal economic activities and other related crimes.

The president commended AANDEC for its contribution over the years towards enhancing security, peace and development in Nigeria.
On his part, Magashi, represented by the Permanent Secretary in the ministry, Mr. Nuratu Batagarawa, acknowledged the efforts of Buhari for creating an enabling environment to resolve the prevailing security challenges bedevilling the country.