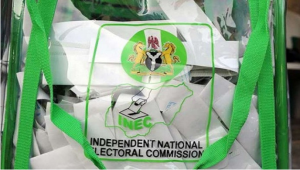 The Independent National Electoral Commission (INEC) has confirmed that 23 political parties will be listed on the ballot for the November 16 governorship election in Kogi State.

Making the clarification during a workshop for journalists and media influencers, on the 2019 Kogi governorship election, on Wednesday, in Lokoja, the National Commissioner and Chairman, Information and Voter Education Committee, INEC, Mr. Festus Okoye, disclosed further that of the total 92 registered political parties in Nigeria, 64 conducted primaries in readiness for the Kogi governorship election, at the end of which 49 filed their nominations, out of which 41 were valid, while 18 withdrew.

He emphasized that 23 political parties will be on the ballot papers on election day.

He said that notice of the poll will be given on November 2 and that any political party that fail to submit the names of its agents for the election, such will not be accepted thereafter. Campaign he said ends on November 14.

He added that the INEC is to train 16,139 Ad-hoc staff for the exercise, aside creating 3,508 polling points across the 21 LGAs of the state.

He called on the media and other related stakeholders to arm themselves with the relevant laws guiding the electoral process.

He solicited partnership between INEC and the media, and effective coverage of the November 16 Kogi governorship election, asserting that it is a panacea for peaceful and sustainable democracy.

“The media is indispensable in the task of nation building and instituting democratic and electoral order in Nigeria. This task is a national imperative, as the business of conducting credible is a shared responsibility of all the critical stakeholders in Nigeria. Media practitioners are critical stakeholders in the electoral process, with constitutional responsibility of holding government’s accountable and acting as the tribunal of the people,” he said.