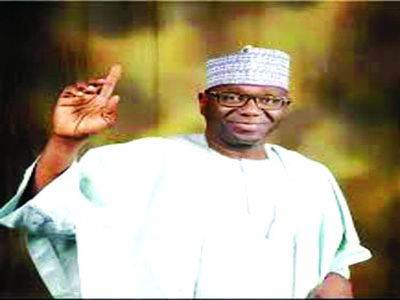 The People’s Democratic Party (PDP), its governorship candidate and Action Alliance are challenging the authenticity of the WAEC certification presented to INEC by the APC governor-elect for the March 9 governorship elections.

At the resumed pre-hearing trial of the election petition tribunal in Ilorin, Jawondo tendered photocopy of WAEC certificate of another person to the tribunal to show that names or initials of candidates can be abbreviated.

However, counsel to the PDP governorship candidate and the PDP, Kingsley Odeh, argued that West African Examination Council (WAEC) does not abbreviate surname, even if it were to abbreviate first names.

Odeh, who identified “conflict” in the documents tendered by Jawondo, said the governor-elect submitted a WAEC certificate with Razaq A.P. in 2019 and a document which reads Razaq A.R. in 2014.

“That’s the conflict”, he said, adding that the “photocopy of WAEC certificate tendered by Jawondo was General Certificate in Education of WAEC and not that of the Senior Secondary School Examination certificate of WAEC.”

Speaking with reporters after the sitting, counsel to the INEC, Rowland Otaru (SAN), said the petitioner got it wrong to put initials of the governor-elect as A.P.

“What the petitioners were saying in their pleadings is that AbdulRazaq A.P., but initials of the governor-elect is not even A.P. It is A.R. So, even from the body of their petition, they are even wrong. We now want to show that the certificate of the governor elect is genuine, valid and issued by WAEC. With due respect, they are just playing to the gallery.

“The photocopy brought was to show the court that it’s not wrong for names of candidates to have initials. The court then asked for the original of the certificate to be brought in order to compare it with the photocopy tendered. And so be it.”

Otaru said he did not give consent to declaration of results and documents presented by the petitioner yesterday, noting that the onus was on them to prove.

“In the fullness of time, we are going to canvass very strong argument in respect of documents, which they seemed to tender,” he said.

Counsel to the PDP governorship candidate and the PDP in the state said it was actually the governor-elect’s counsel that tendered bundle of evidences containing second respondent’s certificate that was submitted alongside other documents.

The tribunal adjourned proceedings to May 22  for continuation of pre-hearing.

This will also enable INEC produce documents in its custody.