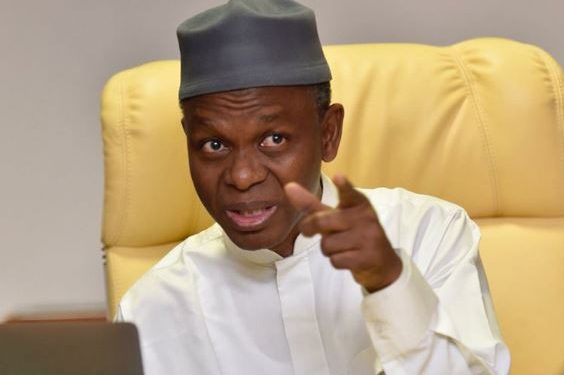 JIGAWA State Governor  Abubakar Badaru  and his Kaduna State counterpart, Nasir El-Rufai, on Thursday blamed the  rising insecurity in  parts of the North on past governors and clerics.

While Abubakar said that past governors were lackadaisical in adopting policies and laws guiding herdmen and farmers, El-Rufai  accused the religious leaders of using “their platforms and revered positions to divide and incite violence.”

The two governors spoke at different events in Gagarawa and Kaduna. However, the Supreme Council for Shari’ah in Nigeria (SCSN) said the failure of the government to execute Maj. -Gen. Zamani Lekwot was responsible for the recurring crises in Southern Kaduna.

Gen. Lekwot  and some people were  sentenced to death for their roles in the 1992 Zangon-Kataf crisis but were pardoned by past military regimes.

The  military has however-deployed  Special Operations Forces in the troubled Southern Kaduna to combat the escalating   killings by bandits  in the Christian-dominated part of the state.

At the launch  of a  Social Intervention Programme (SIP)  for additional  18 local governments in Jigawa State, Abubakar lamented that insecurity was on the rise in the North because  past governors exhibited lackadaisical attitudes towards adopting  policies that could foster  harmonious relationship between herders and farmers.

His words: “Lack of good and deserving policies and  not  taking timely and adequate measures on forest and grazing reserves by some past state governments  worsened  security in  many states”.

Abubakar, however, exempted two former governors of the state –  Saminu Turaki and  Sule Lamido – for laying  ”good foundations for the  maintenance  of  peace in the state, especially between herdsmen and farmers.”

In Kaduna, El-Rufai shocked  visiting Primate of Anglican Church of Nigeria, Most Rev.Henry Ndukuba and his team  when he told them that  some religious leaders had in the past 40 years  been the drivers of violence and religious intolerance in the state.

He said: ‘’The Primate is aware of the history of violence and religious intolerance in this state. Our study of the situation over four decades has shown that the main drivers of this violence are a few clerics that use their platforms, not to preach peaceful co-existence or promote our common humanity.

‘’Rather, they use their platforms and revered positions to divide and incite violence. I was sad to hear from the Primate, that he was a victim in 1987, when his house was burnt down in Wusasa.’’

The governor, who was responding to comments by the Primate, thanked him  and his delegation for the visit. lamenting that  the  state was going through challenging times, he said that the visit ‘’is an indication of the positive role that religion can play to unite our people. This has been the overriding objective of this state government.’’

El-Rufai  added:  ‘’In those days, the Primate will recall, that this sort of violence starts from one part of the state and then spread  all over the state. One credit that this government gets from everyone,including our adversaries, has been our ability to contain these outbreaks to their points of origin..

Rev. Ndukuba  recalled that as a resident of Kaduna State, he was a victim of the 1987 religious violence when his house was burnt.

He said: “The Church of Nigeria stands for peaceful co-existence and the ability of people to pursue their enterprise wherever they may be -whether North,  South, East, West—any part of this country.”

The Prelate called on all Nigerians to abide by the tenet of their faith  by showing consideration for others.

Also yesterday, SCSN called for a revisit of the death sentence passed on  Lekwot and others   for their involvement in the 1992 Zango-Kataf bloody crisis.

It argued during a news conference by its Secretary , AbdurRahman Hassan,that the pardon granted them by  the military administrations of Generals Ibrahim   Babangida   and   Sani Abacha  had encouraged some people to engage in killings in the Southern Kaduna.

The group said: “We want those pardoned in 1992 during Zango-Kataf crises, after being condemned to death to be executed now because that is the only way peace will return to the area.

”After every crisis, a commission of enquiry will be formed, report will be submitted to the government of the day, yet to no avail. For instance, the late Justice Pius Okadigbo’s tribunal on the Zangon-Kataf crises found   Maj.-Gen.   Lekwot and others guilty of the massacre that took place there and were sentenced to death, but they were later pardoned by the Gen. Babangida administration. That was what opened the floodgate of violence, which is ravaging the area till now, because some people felt they are above the law.

“The council has been saying, time without number, that all those found guilty in these crimes against humanity must face the wrath of the law.”

When  contacted   on the position of Shari’ah Council, the President of Southern Kaduna People’s Union (SOKAPU), Jonathan Asake simply replied: “I can’t comment on it without seeing the press statement”.

Special Operations Forces have been deployed to combat the escalating Southern Kaduna killings.

Coordinator,  Defence Media Operations, Ma.Gen. John Enenche, told reporters that the action was  ”expected to achieve the desired result with the provision of credible and actionable intelligence specifically from primary sources”.

Enenche advised the people  ” to cooperate with the security agencies by availing them with the required information that will be useful to our collective objective of taking out the criminals from the area.”