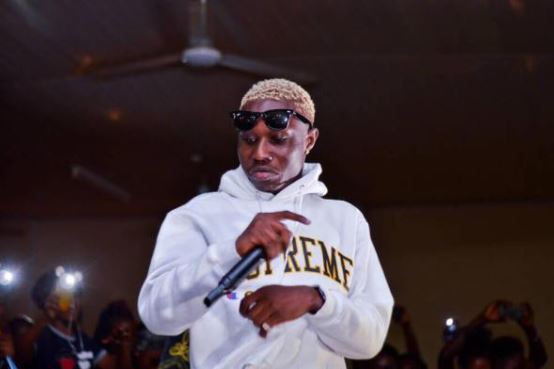 The ‘Zanku Dance’ crooner took to his Instagram handle on Monday, October 28 to make the announcement.

According to Zlatan, the album features Davido, Burna Boy, Tiwa Savage, Patoranking, Barry Jhay and others. He added that the album has about 17 tracks; 15 main tracks including ‘Gbeku’ featuring Burna Boy which was released recently and two other bonus tracks.

The production was handled by Speroach, Rexxie, Spellz, Kiddominant, LamBeatz and Miragulousbeatz while mixing was done by Spiritmyx and Ifex.

He wrote, “My people!!! How una dey? It is with great joy and deep gratitude to God that I present you all the track list of our soon-to-drop album titled ZANKU. My journey has been a mixture of pain, laughter, disappointments, gains, sadness, peace and more.

“I have had low and high moments. In all of these though, God has been faithful. Without God, there would have been no Zlatan Ibile. It is my pleasure to share my life experience with y’all through our album. ZLATANOVAZ, I can’t thank you enough for your support. No ZLATANOVAZ, no Zlatan Ibile. I put in a lot to deliver the best album but couldn’t have done it alone…..