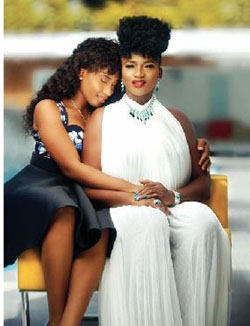 Starring the singer’s stunning daughter Emerald as Johnny Drille’s love interest, the video was shot on location at the scenic Lufasi Park, Lagos.

The video follows the upbeat, soulful and seamless flow of the song ‘Udue’ telling the story of a young couple in love and enjoying each other’s company close to nature, far-away from the hustle and bustle of the city.

The visuals for ‘Udue’ was produced by Fatima Omokwe and the video directed by Catalyst and will be out on Thursday August 15, 2018.