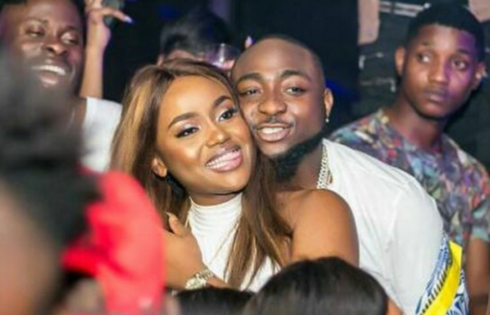 The ‘assurance’ crooner took to his Instagram page to share a photo and video on the wonderful moment to his fans and captioned it: “She said Yes! Big rock, #Assurance2020”.

It was gathered that the singer took his lover out on a dinner date in a restaurant in London on Thursday September where he made the proposal.

“I love you @davidoofficial.  You didn’t even let me wax yet,” she posted

There is also speculation that Chioma is pregnant for him.

Davido officially unveiled his relationship with Chioma in 2018 when he gave her a Porsche car worth about N23million for her 23rd birthday.

Ever since, the two have become an item to always look out for in the entertainment scene and public sphere.

Also, Davido featured Chioma on a track in his upcoming album titled ‘A Good Time’ Which will serve as a follow up to ‘Omo Baba Olowo’ which was released in 2012.

According to the superstar, the new album titled ‘A Good Time’ will be released in October 2019.