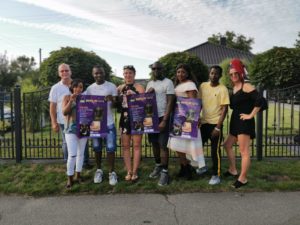 The cities of Berlin and Helskini have been selected to host the next edition of the Nollywood Travel Film Festival (NTFF).

The NTFF, which is Nigeria’s biggest and foremost travel film festival, hosts screenings of Nollywood films in cities around the world.

The festival, which is currently on a European tour, will screen 12 short films alongside ‘The Power of 1′, ‘Amara’ and ‘The delivery Boy’.

Speaking with the News Agency of Nigeria (NAN) on Friday, Mykel Parish, the festival director said that the films were chosen because of their strong messages about Nigeria.

He said, “The European tour will run from Berlin to Helskini to Islo, Stockholm and Munich.

“We look at films with unique story directions and can appeal to international audience, good quality and has a strong message,” Parish said.

‘Power of 1′, directed by Izu Ojukwu and executive produced by Efe Omoregbe is loosely based on musician, Innocent ‘2baba’ Idiabia.

It follows the story of Justin Aba, (played by Alexx Ekubo) a successful musician and a socially conscious Nigerian.

He has a large fan base and didn’t know how powerful he was until he supported a cause by identifying with the cause.

‘The Delivery Boy’ is the story of a runaway teenage suicide bomber (Jammal Ibrahim) and his newfound ally, a young prostitute (Jemima Osunde), who must rely on each other to survive the night.

NAN reports that the festival, which is in partnership with Nollywood Germany, screens at The Word Berlin and Moviemento Kino from Aug. 27 to Aug. 31