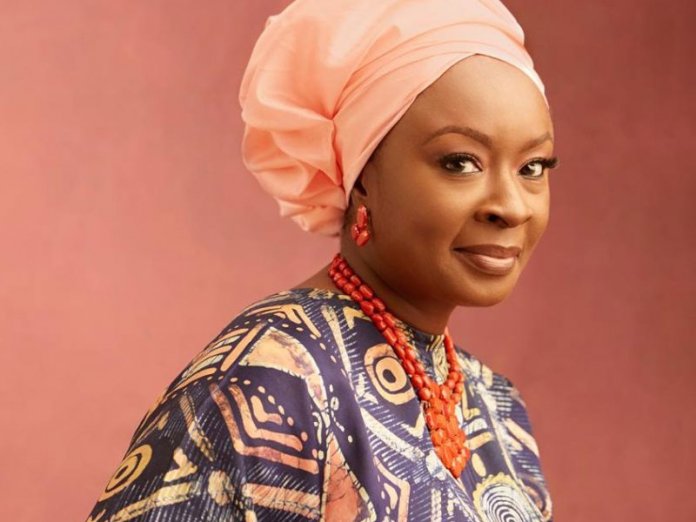 The Chairman of the Nigeria Deposit Insurance Corporation (NDIC), Mrs. Ronke Sokefun, wednesday advocated the need for the corporation and the Central Bank of Nigeria (CBN) to jointly state a timeline for the operation of any bridge bank.

According to her, the timeline will specify the duration for such an institution to operate before it gets a buyer.
Sokefun spoke at an online fireside chat with the theme: “A Conversation on Deposit Insurance, Banking Supervision, Failure Resolution and Bank Liquidation in Nigeria,” organised by Babalakin & Co Legal Practitioners, in collaboration with Insolvency Disclosure.

A bridge bank is an institution created by the regulators to operate a failed bank until a buyer can be found.
In Nigeria, the CBN and the NDIC had in the past created bridge banks – Enterprise Bank Limited and Mainstreet Limited as well as Keystone Bank Limited – from the assets of the defunct Spring Bank, Afribank and Bank PHB respectively. Also, about two years ago, Polaris Bank was established through a bridging process, after the demise of Skye Bank.

But responding to a question on the status of Polaris Bank, Sokefun, who hailed the performance of the current board and management of the bank said: “More importantly, I think the CBN and NDIC must agree on a timeline for any bridge bank, because anything that doesn’t have a timeline, can’t be measured. So, there must be a timeline within which a bridge bank ceases to be a bridge so that it doesn’t become the norm.”

The former Ogun State commissioner warned that if operators have the feeling that a bridging process would always be created whenever they run into a crisis or mismanage their banks, it may engender laxity as well as hurt confidence in the system.

She added that creating a bridge bank comes at a cost to the government.
Sokefun explained that a bridge bank is a temporary arrangement and often set up for a specific duration.
“The bank is meant to acquire the assets and liabilities of a failed bank until a final resolution is achieved. It is to ensure stability in the financial system. If you allow a bank to go under, you may have a run on the entire banking system.

“It is also to ensure that the employees of such banks are not in the panic of being thrown into the unemployment market. Of course, we also preserve depositors in such institutions because they continue to have access to their deposits in such an institution. It also engenders confidence in the banking sector,” the NDIC chairman added.
According to her, Polaris Bank remains a bridge bank until the regulators find interested investors.

“The current management was put in place by the CBN. Of course, you have seen the results of their work. That intervention saved over 6,000 jobs. The bank had well over 200 branches and the deposit was in excess of N940 billion, which depositors still have unhindered, access to,” she added.

Responding to a question on payment of insured microfinance banks (MFBs) as well as Primary Mortgage Banks’ (PMBs) depositors, the NDIC chairman said: “The truth of the matter is that most of the MFBs and PMBs don’t meet our conditions. As at the end of the first quarter, 37 MFBs were listed for closure. Why? They could no longer pay their depositors, cessation of businesses and persistent non-rendition of monthly returns.

“And, there is always that need to protect ourselves so that all these institutions don’t just assume that the NDIC was only set up just to fund their failing. For some of them, it’s almost like they set out to fail from day one. For instance, as at the end of the first quarter this year, PMBs in Nigeria had combined insured deposits of N112 billion. But guess what? Non-performing loans stood at N65 billion. What does that tell you?

“So, each time we have issues like this and always dip our hands in our deposit insurance funds, if we then have a major issue in the industry, how would we be able to fulfill our obligation? So, more often like I said, a lot of these MFBs and PMBs don’t meet the conditions which we set to enable us to rescue them.”