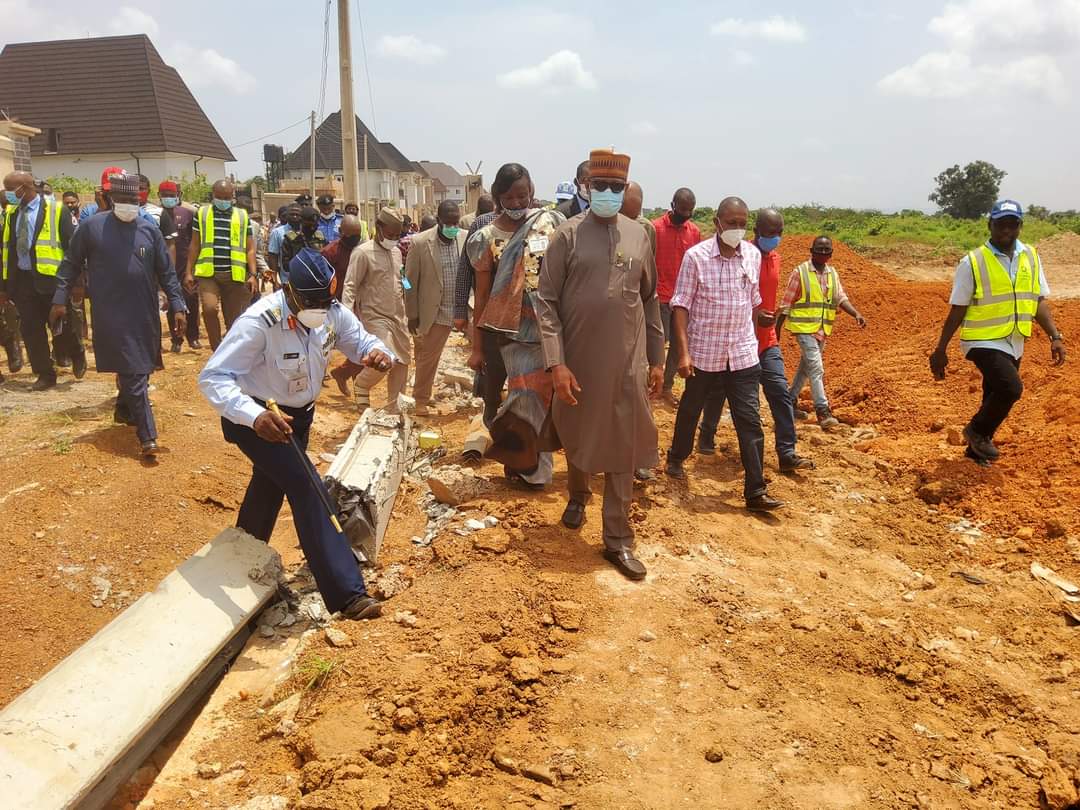 The federal government yesterday vowed to apply all lawful means to prosecute one Mr. John J. Emejulu, who was alleged to be responsible for the destruction of the concrete perimeter fence, covering about two kilometres, being erected at the Akanu Ibiam International Airport, Enugu, as part of the ongoing rehabilitation of the airport.

Speaking to journalists after inspecting the site to ascertain the level of the destruction, the Minister of Aviation, Senator Hadi Sirika, expressed deep sadness that the perpetrator could take such an unlawful act by destroying a “national security asset,” at a time the federal government was in the course of delivering the Enugu Airport, on August 30, as promised.

Narrating what transpired, Sirika disclosed that “while the procurement (of the Enugu airport rehabilitation) was going on, a certain cantankerous individual by name J J Emejulu came with bulldozers and hundreds of armed thugs and destroyed more than two kilometres of our fence”.

The Minister, who described the action as unfortunate, unbecoming and unacceptable, said that “he (Emejulu) has given the government the opportunity to show how not to willfully destroy public asset belonging to over 200 million people”.

While reiterating the commitment of the federal government to the reopening of the Enugu airport on August 30, as earlier promised, Sirika, expressed dismay that in spite of the efforts of President Muhammadu Buhari, to bring the airport back to its glory, with the nation’s limited resources and “at this very austere time,” “a certain cantankerous individual appeared from nowhere with bulldozers and destroyed this national security asset.

“It is a wrong time to test our resolve. The individual will certainly be dealt with maximally without recourse. I am sure he will regret doing this and of course this is also an opportunity for government to show that no one can take the law into his hands and willfully destroy national asset belonging to 200 million of all of us.

“This will certainly be the end of this kind of recklessness. We will not forgive him. The Chief of Air Staff, the Inspector General of Police, the Director General, DSS, others, will be directed to do the needful and bring him to book, so that anybody who would contemplate doing something like this in future will have a rethink.

“We are government in place; we are not a lawless country; we are not in a banana republic, we are in the Federal Republic of Nigeria governed by laws. Certainly, this is not acceptable and I am sure that we are equal to the task of rising in defence of our national asset”, the minister maintained.