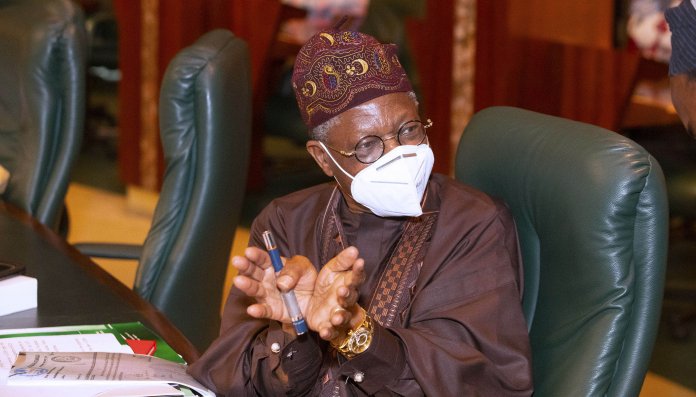 The federal government has granted 60 per cent debt rebate to all debtor broadcast stations, applying only to functional licensed terrestrial radio and television stations.
The criterion for enjoying the relief is for the debtor stations to pay 40 per cent of their debts within the next three months.

The Minister of Information and Culture, Alhaji Lai Mohammed, at a press conference in Abuja yesterday, along with the Acting Director-General of the National Broadcasting Commission (NBC), Prof. Armstrong Idachaba, said any station unable to pay the balance of 40 per cent indebtedness within the three months’ window shall forfeit the concession.
The minister stated that the federal government’s gesture is to ensure financial sustainability among broadcast stations in the wake of the global impact of COVID-19 on the economy.

‘’The debt forgiveness and discount shall not apply to pay-TV service operators in Nigeria. The effective date of the debt forgiveness shall be July 10th, 2020 to October 6th, 2020.
“As you know, the COVID-19 pandemic has affected all sectors of the nation’s economy. The broadcast industry has been particularly hard-hit due to falling revenues occasioned by the dwindling adverts and sponsored programmes, in the wake of the pandemic,’’ the minister added.

Mohammed recently received the officials and other representatives of the Broadcasting Organisations of Nigeria (BON), who made a comprehensive presentation on the effects of the pandemic on the industry and sought succour from the federal and state governments.

The NBC has also said many Nigerian radio and television stations were indebted to the federal government a total of N7 billion, with many of the stations facing the reality that their licences will not be renewed, in view of their indebtedness
The Post-COVID-19 Initiatives Committee for the Creative Industry, which the ministry set up to help mitigate the negative effects of the pandemic on the sector has submitted its report, which contained recommendations that are expected to benefit all component parts of the larger creative industry.

According to Mohammed, ‘’Without prejudice to those recommendations, I want to announce today a number of broadcast industry-specific measures aimed at giving a lifeline to the industry which, though largely a business continues to function as a critical social service of sorts, which is relevant to the information and enlightenment needs of the people.

‘’These measures are in addition to the two-month licence-fee waiver granted to terrestrial broadcast stations in the country by the NBC, as part of efforts to ease the negative effects of the Covid-19 pandemic on the broadcast industry.’’
The minister added that the federal government made the interventions with a view to repositioning the broadcast industry to play its critical role of promoting democracy and good governance in Nigeria, expecting that the sector will cash in on this unique opportunity to make itself an effective catalyst for national development.